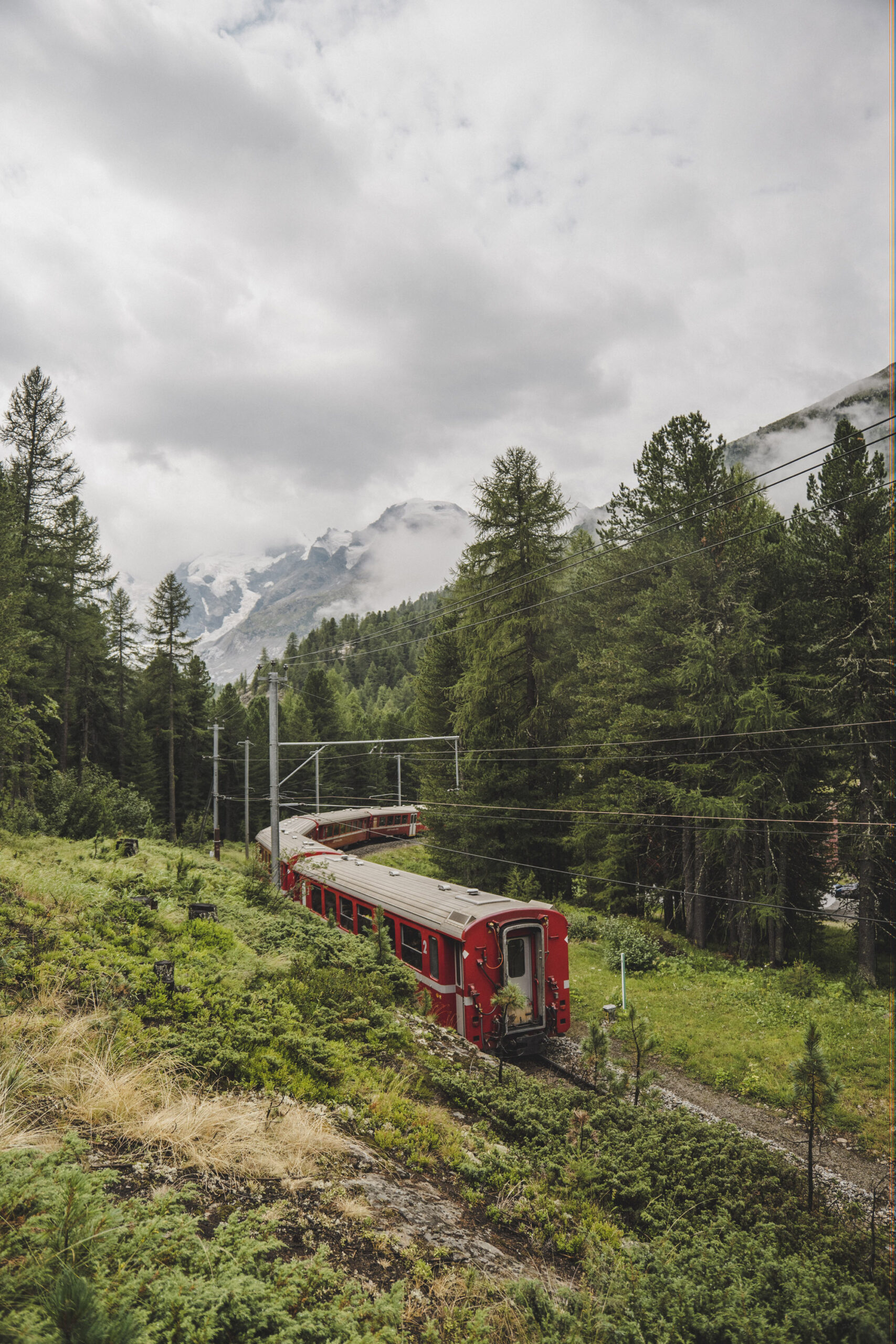 As you know I had a life crisis a while ago and decided to do my best to live a more sustainable life. And that means stop flying as much as I can. So I decided to travel back from The Alps to Sweden with train after my job in Switzerland.

I was in Engadin, south east part of Switzerland, at the foot of Piz Bernina. We finished our job after lunch on a Saturday and took the train to Zurich. It took around 3 hours 30 min with one change in Chur. We stayed in a hotel in Zurich and the next morning I took a direct train to Hamburg. It took 7 hours 57 min and cost 167 Euro.

I had not pre booked any tickets and that turned out to be a big mistake. The direct train to Hamburg wasn´t a problem but when I got to Hamburg everything to Copenhagen was sold out: The direct trains and busses. I wanted to take the night train direct to Stockholm with Snälltåget but that was also sold out. So to get to Copenhagen from Hamburg I had to take three different local trains.

First from Hamburg to Flensburg, just before the border to Denmark. Then from Flensburg to Fredricia and finally a train from Fredricia to Copenhagen. This cost med around 100 Euro and I could not make any seat reservations even if I bought the ticket at the travel center in Hamburg. The trains were fully booked and a lot of people with tickets for other trains joined too so I was really lucky to get a seat. Many people had to stand up. Lesson learned: Book a seat reservation!

It took me all day to travel from Zurich to Copenhagen where I stayed the night at a hotel close to the train station. But here is the thing: I want to change the way I look at travelling. Instead of transport myself as quickly as possible between places I will let the travel take some more time. Going by train means you have time to sit down and relax. It´s not near as stressful as travelling with plane. And I just have to accept it takes longer.

My trip home became longer than expected because I did not pre book any tickets (rookie mistake during high season of course). If I had pre booked tickets I could have travelled from Zurich to Hamburg with direct train and then from Hamburg to Stockholm with the night train and I would be home in less than 20 hours. And it would be cheaper.

Total time from Zurich to Stockholm around 32 hours with one night in a hotel and changeovers (totalt time on the trains 20 hours). Total cost 460 euro for train tickets. 65 euro for one hotel night.

Still this trip took me 24 hour less then when I drive. Let´s compare the time it takes to go from Stockholm to Zurich or the opposite:

Train 20 hours with one change. Cost if you pre book around 250 euro

My plan is to drive less between Sweden and The Alps. Usually I drive down in spring and drive home in fall but this year I will leave my van in The Alps over winter so I will have one less return drive for next year.

Now let´s see how much Co2 it costs to do this trip:

It´s a quite huge difference…

So for my travel back to The Alps in August I have already booked train tickets (first one with Snälltåget and then I used the Deutsche Bahn app to buy the rest). The night train from Stockholm to Hamburg and then direct train to Basel. From there I will take the train to Annamasse to pick up my van that are in the garage for repair. It needed a new clutch.

But first a week in Stockholm and then a job up north!